The unique Six-red World Championship starts on the 4th of September in Bangkok, Thailand. With big names like Ronnie O’Sullivan, Mark Selby, Shaun Murphy and Neil Robertson not taking part, it looks wide open. It also sees the several lower ranked local talents given their opportunity on the big stage.

Last year’s winner, Ding Junhui is the favourite at 5/1 to repeat again this year and as low as 3/1 in some places. 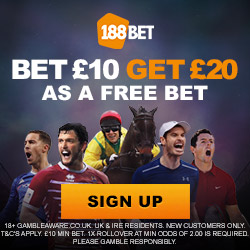